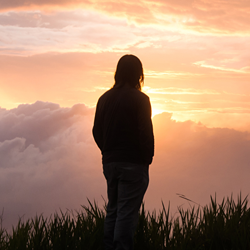 Animals like him. Bats and birds, cats and dogs, goats, rabbits, horses … they don't care about Gabriel's facial deformity. And his rapport with them seems almost superhuman. But, even after he becomes valued as an animal healer, local people still say Gabriel Sánchez is cursed.

At heart, though, Gabriel is an ordinary boy. He wants the same things other boys want. He wants to be good at football, he wants to have friends, he wants girls to like him. Most of all, he wants people not to hate him, not to stare, not to poke fun. Not to beat him up. But they do, throughout his childhood, because Gabriel doesn't look ordinary.

He cherishes his few friends, especially the roguish bar owner Don Gerónimo and his mother's knife-grinder cousin Manolo – a generous man, but as poor as Gabriel's family. And sweet, enigmatic little Inma, source of so much joy, so much heartache.

The Catholic Church dominates Gabriel's world. He believes the stern but kindly priest Father Ernesto, who says the Virgin Mary takes a special interest in Gabriel; but the influence of their heartless parish priest Father Lazaro has devastating consequences for both Gabriel and his gullible mother. And, even after he's grown up and become a hero, some people still insist Gabriel Sánchez is cursed – not only because of that obscene thing on his face, but because of his birth. It was far from ordinary … 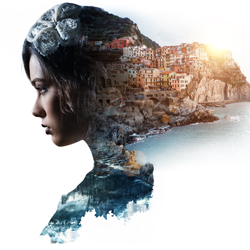 Her name is short for Inmaculada, so she was named for the Immaculate Virgin. (See my article about Spanish names.) For the purposes of the story – that’s to say from an authorial point of view – her name, suggesting someone virginal and unattainable, is no accident. Because Inma is a virgin and a sweet, good girl – in contrast to her sexy, liberated half-sister Margarita.

She enters Gabriel’s life at a point which is, up to that time in his life, undoubtedly his lowest. She seems like a gift from heaven. And, as she and Gabriel grow up, Inma comes to represent everything Gabriel wants but cannot have. 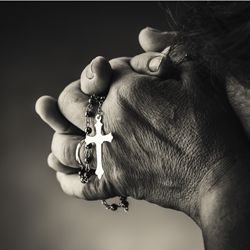 María was an illiterate peasant of limited intelligence and deeply religious. Thanks to her stern, mean-spirited parish priest, she was convinced Gabriel’s deformity was, ‘a punishment from God,’ and could only be removed by a miracle. (For María, Father Lazaro was God’s earthly representative, to be believed and obeyed implicitly.) She was convinced, therefore, that, if Gabriel had it surgically removed, he would be going against God’s will and would surely die.